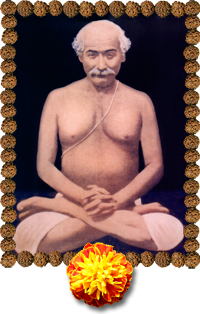 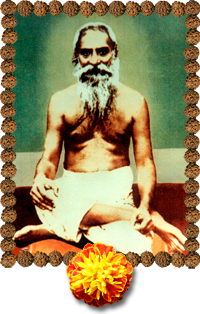 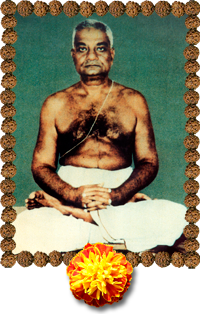 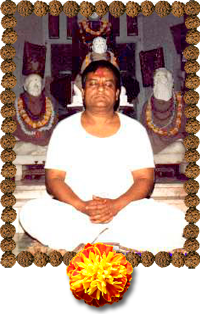 Despite all tall claims by others, no one is perhaps as authorised as Shibendu Lahiri (born 1939), the great grand son of famous house holder Yogi Lahiri Mahashay (1828-1895), to spread the authentic teachings and techniques of Kriya Yoga in the world today.

Yet he says in utter humility that wise wields no authority and those in authority are not wise! Organisations assert authority, but authenticity may be lacking. Mobilisation may create a mafia, but the most sacred may remain untouched. Cultism has no place in matters deeply spiritual.

Lahiri Mahasay (Full Name: Shyama Charan Lahiri) became known to the truth seekers all over the world through Paramahamsa Yogananda's famous book "Autobiography of a Yogi", which has been translated in many languages.

Shibendu has the distinction of receiving the original Kriya process in the age old Rishi-tradition of India, that is, from father to son - generation after generation. Thus the process here passed, through knowledge and genes, from Shyama Charan to Tinkori to Satya Charan to Shibendu who was initiated in 1960 by his father Late Satya Charan Lahiri at the family shrine "Satyalok" D 22/3, Chousatti Ghat, Varanasi - 221 001 (India).

Kriya Yoga : Kriya means action and Yoga means integration. Kriya Yoga emphasises integration of separative consciousness (generated by unceasing movement of thought) with an awakenedness (that is, a non-elective holistic attention free from mental fragmentations) through actions of perception and not through the activities of conceptualisation.

Kriya deconditions and sets the seeker free from the past karma. It transforms fundamentally the gross ego-centre of the seeker into a subtle individual uniqueness which also includes universality. It brings harmony with the wholeness of life by piercing through the ignorance of the ways of self. It is a unique combination of Hatha-Raja-Laya Yoga. It settles the seeker in his natural state in which his body receives instructions only from glands and Chakras. Thought does not interfere as interloper to create psychosomatic problems and pursuits. Kriya Yoga does not tell stories, does not indulge in miracle mongering to keep the seekers amused in poor and paralyzing consolations. Organisations promoting surmises and fictions are stragglers from the path of truth. Kriya Yoga encourages seekers to investigate if experiencer and the experienced can become one unitary movement without any dichotomy whatsoever.

Like his ancestors, Shibendu Lahiri is also a house-holder and has passed through all aspects being a human so that spiritual journey does not appear too steep for the seekers. He received high university education and supported his family well, through remunerative jobs. His two daughters and their husbands are specialised medical doctors and his only son, also married, is an erudite engineer.

Since 14 January 1988, Shibendu spends his time sharing the teachings and the kriyas all around the world. Year in and year out, he travels at the invitation of devotees and disciples. Countries he has covered so far are: USA (including Hawaii and Puerto Rico), Canada, Australia, Spain, Portugal, Italy, France, Switzerland, Austria, South Africa, Mauritius, Chile (South America), Norway, Singapore, Malaysia, Germany, Bulgaria, Russia, Nepal, Sweden, Netherland, England, New Zealand, Brazil, Greece and of course, various places in India. Many other nationals also came to him during his kriya-Yoga programmes in many places.

Shibendu Lahiri has no organisation, institution, sect or cult. He has no ambition to influence anybody. He only invites seekers to share the insight which flowered, generation after generation, through Kriya process. His yearning is to see that human beings live in peace and amity without ache, agony and animosity, without this monstrous culture of killing and being killed in the name of some fragmented flag or phoney fanatic idea in the name of religion.