The Great Kriya Yogi, Late Shyama Charan Lahiri Mahashay had noted down some of his thoughts, which were happening during the Process of Kriya Practice. Noting down is getting relieved. Otherwise thoughts hang around repeatedly, generating obsessions. These thoughts and other information about some ayurvedic remedies, healthy foods etc. were also noted down by him in his diaries. He also realised that many thoughts were only reflexes from the pressures, prejudices and accumulations of conditioning. Ultimately, a grand redemption from reflexes and reference points occurred and a fundamental freedom from the bondage and burden of the separative psyche 'I' emerged together with euphoria of enlightenment in emptiness which was expressed in a poetical manner vide Message 22 of the website www.kriyayogalahiri.com. There were 26 such diaries which were preserved in the Lahiri lineage, from father to son. Never had Lahiri Lineage ever used these diaries /notebooks as publicity material to attract devotees or generate any income in the name of their preservation or promotion.  Also, these diaries are not Lahiri Mahashay’s 'manuals' for 'instant enlightenment'! These are just antiques and heritages to be preserved with reverence.

There were times when these sacred and holy writings (26 diaries) were available for viewing to devotees visiting Satyalok. Today there are 21 diaries because the trust that was bestowed upon disciples, kriyabans and relatives by making the diaries easily accessible, was shattered twice; thus, diaries No. 3, 9, 11, 12 and 26 are now missing because these 'devotees’ (even a close relative) proved unworthy of the trust and stole these diaries and also some utensils used by Lahiri Mahasay. Two of these diaries and one of the utensils have been given by the relative to a vast organisation belonging to the disciplic lineage abroad in order to gain their certificate and support as this crook wished to become a ‘Guru’ himself. He is also busy collecting donations by way of a bogus trust that claims to have been set up to protect the writings of Lahiri Mahasaya! These people and organisations, though calling themselves as devotees of Lahiri Mahashaya, are earning money by selling books which, they claim, are based on Kriya Yoga. In spite of repeated requests from the dynastic lineage to return the stolen diaries in their possession to Satyalok, they have refused to do so and have chosen to retain the stolen materials and extend to the thief, underhand support for his nefarious activities.

Though a heavy price has been paid by Satyalok for its trust and simplicity by way of loss of these diaries, a lesson has been learnt. These diaries are no longer available for general viewing by curious people or devotees at Satyalok. They have been moved to a well guarded and safer location where they are protected and well preserved scientifically as sacred antiques.  For the sake of records, and to fulfill the request made by sincere kriyabans photographs of these diaries along with photos of some utensils used by Lahiri Mahasay are being put up in this website by the current custodian of the dynastic lineage. This will also be sufficient indication to all that complete protection and preservation is being done without the need for any special ‘donations’ as appealed for by a close, but thieving relative of Shibendu Lahiri.

All are being hereby informed that any requests or attempts in any form to gain access to these diaries by anybody, or enquiries about their whereabouts will henceforth not be entertained, nor is anybody welcome to visit Satyalok for this purpose. Satyalok reserves the full right to deny admission to such visitors.  Lahiri Mahasay's and Babaji's teachings are divine grace for mankind which is understood through Swadhyay and Tapas of Kriya Yoga, and this is made available to all who are genuinely interested. Their message and grace to mankind is not in their biographies, photographs, miracles, missions and organisations under their banners, dreams, dramas or diaries, but in the sincere understanding and practice of Kriya Yoga.

It is an appeal and prayer from Satyalok to all true devotees of Lahiri Mahashay and Kriyayoga to ensure that the stolen diaries are returned to their original place at Satyalok. 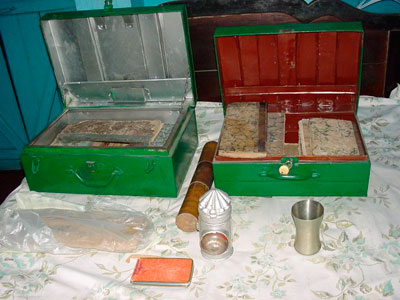 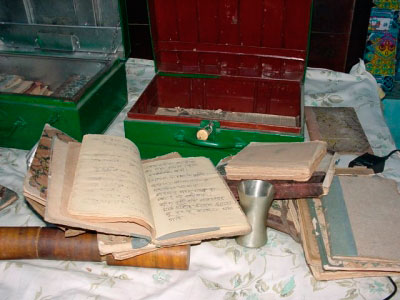 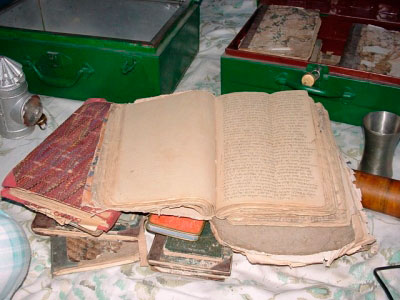 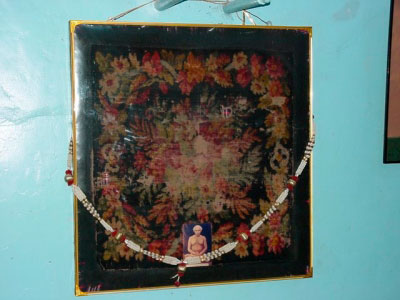 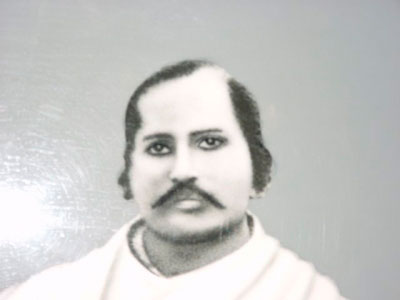